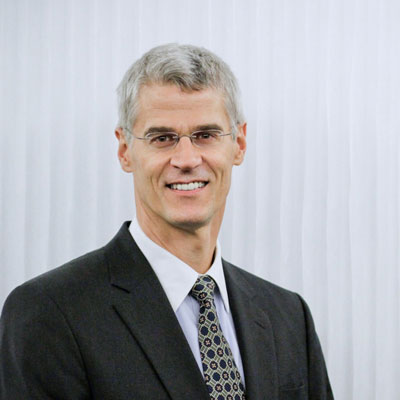 Karl Zinsmeister is vice president at the Philanthropy Roundtable, a Washington, D.C. organization that helps foundations, corporations, and major living donors be effective and efficient in their giving. Private philanthropic enterprise now totals more than $360 billion annually, and is central to American civic health. Among other responsibilities, Zinsmeister oversees the Roundtable’s magazine, book publishing, and Web sites. He also established its new program in philanthropy for veterans and service members.

He is writing and editing a series of “Wise Giver’s Guides” that offer philanthropists practical help in specific fields. Over a three-year period he created The Almanac of American Philanthropy, a major new work published in January of 2016 as the definitive reference on private giving and its importance in U.S. society.

This latest book is an authoritative look at private giving in the U.S.—a crucial force in our culture and economy.

For nearly 13 years Zinsmeister was editor-in- chief of The American Enterprise, a national monthly magazine of politics, business, and culture based in Washington, D.C. Author and former Cabinet Secretary William Bennett called it “one of America’s finest magazines…. intellectually interesting, well-written, lively, wide-ranging, and above all useful.” Zinsmeister wrote nearly 300 articles for the magazine, and conducted interviews with public figures ranging from Rudy Giuliani to Pat Moynihan, and Andres Duany to Rupert Murdoch. Zinsmeister is the author of eleven books—reporting, reference works, literary collections, and academic volumes.

This storytelling cookbook, created with two of his children, pays homage to the rich culture and history of their home region.

His recent Finger Lakes Feast is a storytelling cookbook and beautifully photographed regional culture guide he co-created with his daughter and son. It was praised by the New York Times and other reviewers. His book on charter schools was released in 2014, with a kickoff essay in the Wall Street Journal and an extract in Philanthropy magazine. His 2015 book on changing public policy via philanthropy was likewise excerpted in several places, including National Review and Real Clear Politics.

His two influential Iraq War journals were written during four lengthy stints embedded with infantry troops in urban war zones: Boots on the Ground (2003) was the first book published by an embedded journalist; Dawn Over Baghdad (2004) was the first book to provide details on the U.S. counterinsurgency effort. At the invitation of Marvel Comics, Zinsmeister also wrote a non-fiction graphic novel entitled Combat Zone (2005) that chronicled the actions of actual American soldiers.

In concert with his wife Ann, Zinsmeister conceived and produced a feature documentary film entitled Warriors that aired nationally on PBS in 2007. The film won $450,000 of funding from the Corporation for Public Broadcasting in a major international competition. It presented personal profiles of America’s fighting forces via on-the- scene footage that Zinsmeister and two combat cameramen shot in Iraq, and was described as “entirely compelling” by the New York Times.

Zinsmeister’s articles, essays, and stories have been published in many national publications—from cover stories for The Atlantic to essays and reporting in the Wall Street Journal and New York Times. Zinsmeister for many years occupied the J. B. Fuqua Chair at the American Enterprise Institute, where he researched a wide range of economic, demographic, and cultural topics.

In the private sector, Zinsmeister was an executive in his native region of upstate New York at the Stickley company, an historic firm that designs, manufactures, and markets iconic American Arts & Crafts furniture designs worldwide. His particular responsibilities included marketing and sales, advertising, catalogs, photography, Web sites, communications, the Stickley Museum, some product design, and the modernization of many business and data systems. He has also operated his own business over a period of years that designs, finances, renovates, and builds properties with historic appeal. Seven historic boutique properties have been re-developed under his direct management, in Washington and New York.

A graduate of Yale University, Zinsmeister did further studies at Trinity College Dublin in Ireland. During college he won national rowing championships in both the U.S. and Ireland.

He was a U.S. Senate aide to Senator Daniel Patrick Moynihan, has been an adviser to many public policy groups, and has testified before Congressional committees and Presidential commissions on topics ranging from family issues to economic policy to the Iraq war.

He has given many public lectures, originated a weekly radio commentary syndicated nationally to 100 stations, and has appeared often on a wide variety of national television and radio programs. He has lived, worked, or traveled in 40 countries, and nearly every U.S. state. He holds the highest U.S. security clearance.

Zinsmeister is married and has three grown children. He is an active outdoorsman, enjoys extended wilderness backpacking trips, and bicycles, sculls, kayaks, skis cross-country and downhill. He has been an avid woodworker, photographer, gardener and keeper of hens, taught Sunday school, and sung in his church choir. He currently lives on a houseboat in Washington, D.C.