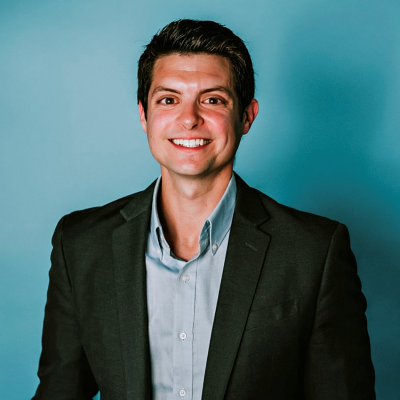 Daniel Rondberg was born in 1989 in Arizona. He is an American serial entrepreneur, author, and keynote speaker. He is best known for his bestselling books No Stone Left Unturned, Retirement Simplified, and Pay Off Your Mortgage. Rondberg is regarded for his clear-cut style of writing and storytelling that focuses straight on the core concepts of financial strategies on tax reduction and retirement security. He was listed in Yahoo Finance’s top ten entrepreneurs of 2021 in February 2021.

Rondberg has been featured in several media outlets including Forbes, CNBC, and New York Times, The financial Magazine, and others. He has also appeared on multiple radio shows, youtube channels, and podcasts.

While growing up, he was influenced by his father’s work as an insurance agent with Nation’s First Financial. Later, this also served as a major motivation for him to join the industry. Rondberg started his career in 2012 when he joined JPMorgan Chase as a relationship banker and small business specialist. After working for a year at this firm, he joined the family business in 2013 and took his career to another level. He has been working for over eight years at this firm, during which Rondberg has acquired national attention as a tax reduction and retirement income specialist.

In 2018, Rondberg started working at Life Hacks as an Annuity Agent Specialist. A year later, he became an instructor at The Retirement Research Foundation, where he teaches multiple courses to financial professionals and pre-retirees.

In 2020, Rondberg established Cass & Spence Publishing and The Rondberg Companies. Cass & Spence Publishing focuses on providing educational and inspirational materials for children, entrepreneurs, and financial professionals. The Rondberg Companies is a holding company. In the same year, Rondberg also founded Advisors to Authors, a consulting firm known for its ghostwriting program for financial experts. The program covers everything from research, book writing, and Amazon launches to bestselling status.

Rondberg has sold his other businesses to focus all of his time and attention on serving his clients. He works as an agent at Nation’s First Financial where he prioritizes helping client’s find their purpose in retirement.

Rondberg also travels across the country to host educational seminars for financial professionals and the general public covering a vast range of topics such as retirement security and tax-reduction strategies. Throughout his career, he has also worked as a blog writer contributing to the world-renowned economist Tom Hegna.

Rondberg published his first book on June 12, 2020, entitled No Stone Left Unturned. This financial guide focused on a tax-free privilege hidden in the tax code. Following this success, he soon released Retirement Simplified and Pay Off Your Mortgage. Both of his books have become international bestsellers.

Rondberg is married to Jennifer, and they have two daughters named Cassidy and Spencer.