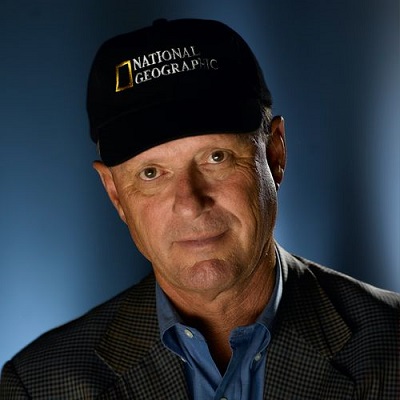 Dr. Robert Ballard is a retired United States Navy officer and the Oceanographer that was responsible for discovering the Titanic. In 1985, he and his crew succeeded in tracking down the Titanic, along with many other discoveries to come. Some of his other discoveries include sunken remains of ships along the ancient trade routes of the Mediterranean Sea, two ancient Phoenician ships off of Israel, which were the oldest shipwrecks ever to be found in deep water, and four 1,500-year-old wooden ships, one almost perfectly preserved in the Black Sea.  Dr. Ballard’s ongoing Black Sea Project may hold evidence of a great flood that may have struck the region thousands of years ago.

Dr. Ballard is also a National Geographic Society Explorer-In-Residence and a commissioner on the U.S. Commission on Ocean Policy. He has a Ph.D. in marine geology and geophysics and has 21 honorary degrees and six military awards. He is also the founder of the JASON Project, which is a US middle school program designed to engage students and motivate them to gain an interest in the sciences and pursue technology, mathematics, and engineering.