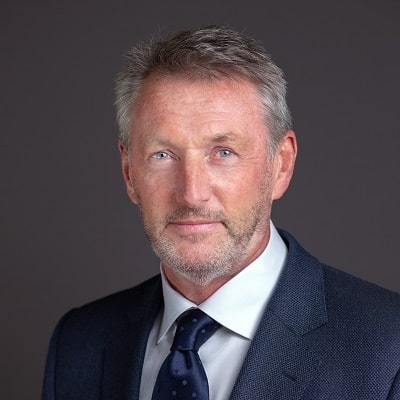 Leading the turnaround of Porsche from close to bankruptcy to market leader saw Kevin Gaskell, at the age of 32, recognised as one of the most capable leaders of his generation. He consolidated that recognition with 4 years as Managing Director of BMW (GB) during which he led the business to record growth and a 500% improvement in profitability. He is a corporate trailblazer who has changed the way that businesses operate.

Since leaving the automotive sector he has founded and led businesses to massive success in the digital, technology, data, brand marketing, market research, construction, retail, professional services and manufacturing sectors. Such flexibility and adaptability have confirmed his position as an extraordinary and inspirational leader.

A highly motivational and engaging speaker, he believes that ordinary people can achieve extraordinary results – and he has the experiences to prove it. He has led global corporations, start-ups, private equity portfolio companies and organisations large and small to create shareholder value in excess of £3 Billion. His companies have won numerous awards, and one was recently recognised as the best private equity investment of the year.

He has played international sport, walked to both the north and south poles and climbed the world’s highest mountains to fund the construction of a cancer treatment unit. He recently set a new world record for the fastest row across the Atlantic Ocean. For relaxation he plays in a rock band.

He has authored and published the internationally bestselling books ‘Inspired Leadership’ and ‘Catching Giants’.