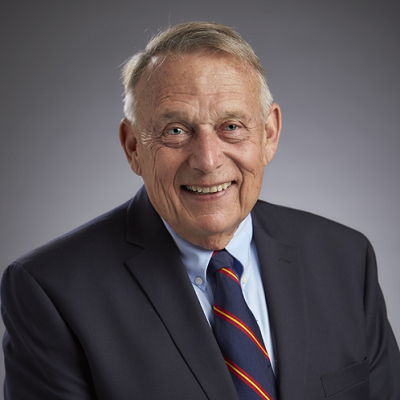 His significant commitment of resources, both financial and personal, helped the Alzheimer’s Association launch Operation Stronger Together in 2015. This program has been highly successful in connecting caregivers and families throughout Southeast Wisconsin with assistance that can help them learn, cope, and survive the heroics of caregiving.

The former governor also is credited by current Gov. Scott Walker with planting the seed for the development of the online Dementia Friendly Employers toolkit, which has become an important statewide resource for human resources and employee assistance program professionals.

The Alzheimer’s Association has recognized Martin with regional and state awards, including the 2015 Friend of the Year and the 2016 Special Service Award. While appreciative of such honors, Martin remains focused on his message, namely the critical importance of enhancing the lives of both those with dementia and their caregivers.

Martin’s work on behalf of older citizens goes back decades to his 16 years in public service as a state senator, lieutenant governor and governor focusing on elderly concerns, improved quality of nursing home care, and development of the in-home Community Care Organization. He went on to become a successful insurance executive and publisher before starting his own government relations firm, Martin Schreiber & Associates Inc., in 1988.

He attended Valparaiso University and the University of Wisconsin – Milwaukee and has a doctorate of law from Marquette University.

Martin and his wife Elaine are the parents of four children, Kathryn Lyon, Martin Schreiber, Kristine Haas and Matt Schreiber. They have thirteen grandchildren and five great-grandchildren.