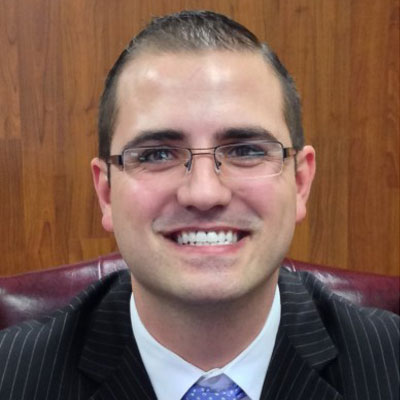 Michael Jay Markey, Jr is a co-founder and owner of Legacy Financial Network and its associated companies. His vision has expanded the organization from one location to three, with the hopes to make Legacy a national company. He attained his Bachelor’s degree from Eastern Michigan University while playing baseball for the Eagles.

Here in West Michigan, Michael can be heard on 102.9 FM every Thursday at 11 am for his weekly radio show “Fireproof Your Retirement.” He has authored a book, also entitled “Fireproof Your Retirement”, and has a monthly column in LifeHealthPro called Seriously, Dave? He has been featured in print nationally by LifeHealthPro Magazine as one of “13 Insurance Industry Heroes” and InsuranceNewsNet magazine as a celebrity in the insurance industry. Under his direction, Legacy Financial Network was recognized by A.M. Best’s Best Review as one of the top 10 most innovative agencies in the country with their feature article “10 Agencies That Get It Right.”  Michael has been published in several national trade magazines and was a featured guest on William Shatner’s “Moving America Forward.”

Grateful for the opportunities he’s been blessed with, being involved with and giving back to the community have always been important to Michael. Legacy participates in many local events and parades (the company even owns a firetruck for these events and Michael always makes sure he gets to drive it). Legacy sponsors a little league team and has sponsored free-throw contests at a local high school where both the student and the school benefit. Michael has pledged most of the proceeds from his book to local fire departments.

In addition to being an Investment Advisor Representative for LFN Advisors LLC, and an Insurance Agent for Legacy Financial Network, Michael’s main passions are his faith and his family. He shares his faith with his clients and incorporates the values it instills into Legacy’s Four-Step System.