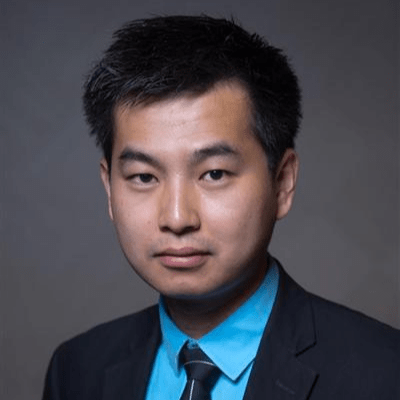 In his tenth year as a financial services professional, Xiao Chen is licensed in life & health, S6, S63, S65 in multiple states.  Xiao is also a registry instructor with the Heartland Institute of Financial Education, while holding the Certified Financial Educator designation.

Born and had spent his childhood in China, Xiao came to the United States at age 12.  He has a Bachelor’s degree in Computer Engineering from Purdue University, and worked for six years in the IT industry.  While still working full time, he became one of the youngest real estate agents and mortgage loan officers in the state of Indiana.  It wasn’t until in late 2011, he had discovered the financial services industry and started his journey of spreading financial literacy.  He became a full time agency owner in 2015, and has established operations in 4 states and clients in over 10 states.  Throughout the last decade, Xiao had been actively educating clients and agents on a weekly basis through seminars and meetings, in English, as well as in Mandarin.  Xiao was awarded multiple times by his company, and was given a Top Producer award by Nationwide Financial in 2014.  He had qualified for the MDRT multiple times, and was featured several times on the MDRT podcast and magazine.

Since 2018, Xiao has been the Social Media committee co-chair for NAIFA Chicagoland.  He had helped create and maintain NAIFA Chicagoland’s social media presence across Facebook, Instagram, and LinkedIn.  He was awarded NAIFA Illinois YAT Leader of the Year in 2020, an award given to outstanding young financial professionals.

Xiao has been an active member of the Chicago Chinese American community, serving on the board of multiple community organizations, and using his life experience as an ambassador for both the American and Chinese cultures.  He was featured in the nationwide magazine Mandarin Leader in 2016.

Xiao is married to his beautiful wife Eva, and spends most of his free time being a dad to their son Max.  He has also been singing on stage since the age of 4, won awards in multiple talent contests in both China and the US, occasionally opening for celebrity concerts at the Horseshoe Casino.