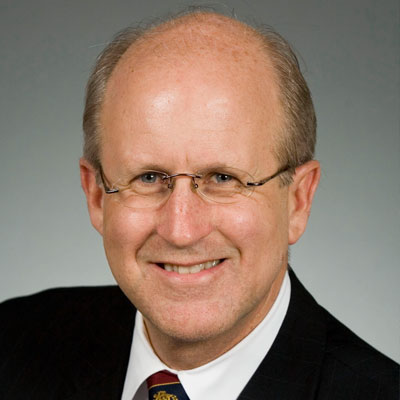 Over his professional career, Dave Walker has held leadership positions in the private, government and not- for-profit sectors—culminating in a decade-long mission to promote fiscal responsibility. From 1998 to 2008, Dave served as the seventh Comptroller General of the United States, where he spoke the truth to the American people about Washington’s fiscal mismanagement. Most recently, he served as CEO of the Comeback America Initiative (CAI), an organization Dave founded to engage his fellow citizens in the fight to restore fiscal sanity.

Prior to founding CAI, he served as the first President and CEO of the Peter G. Peterson Foundation. Previously, Dave earned three presidential appointments, each by different Presidents, with the most recent being his appointment as Comptroller General of the U.S. and head  of the U.S. Government Accountability Office (GAO) to total 15 years of federal service. Dave also has over 20 years of private sector experience, including approximately 10 years as a Partner and Global Managing Director of Human Capital Services for Arthur Andersen LLP.

Dave currently serves on various boards and advisory groups. He is a member of the Board of Directors for the Committee for a Responsible Federal Budget, the Center for the Study of the Presidency and the Congress and the Public Accounting Oversight Board. He is Chairman of the Board of Directors of the Government Transformation Initiative and Co-Chair of the Institute of Medicine’s End of Life Panel. He is an Advisory Committee member for the Peterson Foundation and the Institute for Truth In Accounting, and a member of the Advisory Board of The Can Kicks Back. He is a national co-founder of No Labels. He is also a member of the Accounting Hall of Fame, the Trilateral Commission, the National Academy of Public Administration, the National Academy of Social Insurance, the Association of Government Accountants (AGA), and the Sons of the American Revolution. He previously served as Chairman of the United Nations Independent Audit Advisory Committee and on the Boards of the International Association of Supreme Audit Institutions and the Partnership for Public Service.

Dave has won many international and domestic leadership awards. He has authored three books, is a frequent media commentator, and the subject of the critically acclaimed documentary I.O.U.S.A. He is also listed in the Who’s Who in the World and Who’s Who in America.

Dave holds a B.S. in accounting from Jacksonville University, a Senior Management in Government Certificate in public policy from Harvard University’s John F. Kennedy School of Government, and several honorary doctorate degrees. Dave currently resides in Bridgeport, CT with his wife Mary. They have one son and one daughter and three grandchildren.