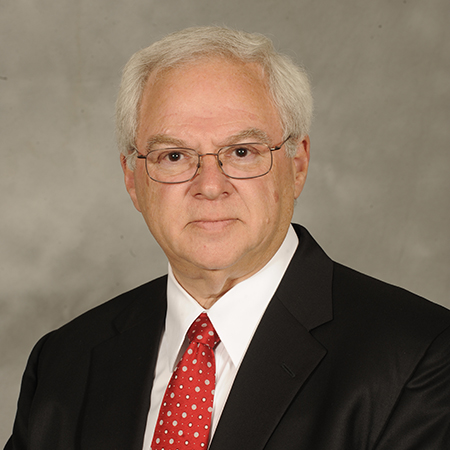 Marvin Feldman started his career as an Agent with New York Life in Columbus, OH in 1967 immediately after graduating from Ohio State University. After 2 ½ years in the field, he transitioned into New York Life’s Management Program. In 1974 Marv returned to personal production in East Liverpool, Ohio as a partner in the Feldman Agency and President of Fremar Financial Group. He also was the President of the Feldman Financial Group in Clearwater, Florida and President and CEO of the LIFE Foundation in Washington, DC. He is now retired from the industry.

Marv is a 42 year MDRT Member and was the 2002 President of the Million Dollar Round Table. He was a member of the elite Top of the Table for 34 years, serving on their board and as the Top of the Table Chairman. He was honored as the Circle of Life recipient in 2004 by the Million Dollar Round Table Foundation in recognition of his community and industry leadership.

Active in the financial services industry, Marv has made speeches in 36 countries. He served as the Secretary of the New York Life Agent’s Advisory Council, was an active member of MDRT, NAIFA, the Society of Financial Service Professionals, the International Association of Registered Financial Consultants, the Forum 400 and the Association for Advanced Life Underwriting. Marv was named to Insurance Newscast’s list of the 100 most powerful people in the insurance industry in North America, the LifeHealthPro list of the 24 most creative people in the insurance industry and is the recipient of the 2011 John Newton Russell award, the highest honor bestowed on an individual by the insurance industry. He contributes articles to many professional journals and has been featured in both magazines and books. He has also just published his own book, “Man on a Mission: How to Succeed, Serve, and Make a Difference in Your Financial Services Career.”

Marv is very active in community activities having been a Founder and Director of the 1st National Community Bank and Chairman of the East Liverpool City Hospital. He has co-chaired or chaired many advanced gifts campaigns for nonprofit, educational and health organizations. Marv is listed in Who’s Who in Business and Finance and Who’s Who in the World.

He is happily married with two children and four grandchildren.