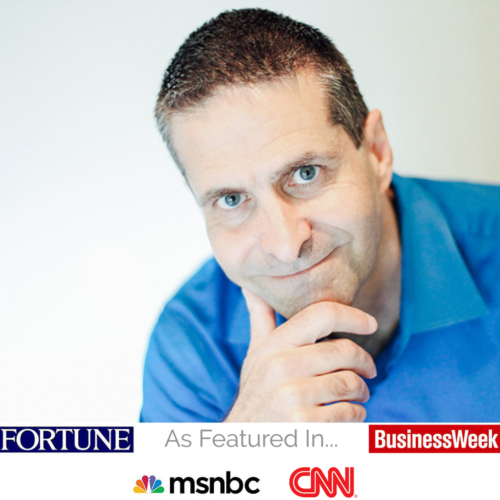 Sam Richter is an internationally recognized expert on sales intelligence and online reputation management. His award-winning experience includes building innovative programs for start-up companies and some of the world’s most famous brands.

Sam is founder and CEO of SBR Worldwide/Know More. Through his in-person keynote presentations and workshops, webinars, online University, and books, Sam has trained leading organizations and entertained tens of thousands of persons around the world to rave reviews. Sam’s programs promise to be the highest-content, most take-home-value program attendees have ever experienced.

​He is the author of the best-selling book, Take the Cold Out of Cold Calling, considered the preeminent publication on finding information online and using it for sales success. Take the Cold was named “Sales Book of the Year” by the American Association of Inside Sales Professionals, and it was also named a “USA Book News Winner” and a “Sales Book Awards Silver Medalist.”

In addition to speaking and writing, Sam has developed a number of technologies including the world’s top news search engine, YouGotTheNews, a Blog search engine, and the Facebook search engine YouGotSocial. Sam is a partner at Contata Solutions, a big-data/machine learning firm that produces sales, marketing, and business intelligence software, and at ActiFi, one of the leading technology solutions firms in the financial services industry. Sam also serves on the Boards of Directors for Brandpoint, one of the world’s leading content management platforms, and Argos Risk, a business financial health and credit monitoring software platform.

Multiple times Sam was named by InsideView as one of the Top 25 Most Influential People in Sales, and he was also named as one of the Top Chief Marketing Officers on Twitter and he has been recognized by LinkedIn as having one of the world’s most viewed profiles. Sam has been featured in thousands of television and radio programs and national and online publications.

For more than six years, Sam was president of the James J. Hill Center, a not-for-profit business library, where he led the transformation of an eighty-five-year-old private, non-profit business research organization into a nationally renowned institution serving entrepreneurs and small businesses via cutting edge online resources. Sam also spent more than eighteen years in the advertising, public relations, and e-commerce/e-marketing industry owning his own firm and working for internationally recognized organizations as a creative director, group director, and marketing director. Sam has led product launch and strategic marketing programs for companies including Microsoft, Coca-Cola, Major League Baseball, Polaris Industries, and National Geographic.

Sam has won regional, national and international awards including Best of Show and Gold Awards at numerous sales and marketing competitions, Webby Awards, and a Gold Award at the International Film Festival. He’s also won a Retail Vision Award and a Codie Award “the “Oscars” of the software industry” for Best E-commerce Software. He is a member of the Business Journal’s “Forty Under 40” list honoring the top Minnesota business leaders under the age of forty. While at the Hill Center / Library, Sam was named a finalist for Inc. Magazine’s Entrepreneur of the Year.

Sam lives in Minnetonka, Minnesota with his wife and two children, and he enjoys volunteering his time working with non-profit organizations and mentoring individuals in his community.